I was going to post the videos from Bon Jovi's Dublin concerts that I didn't get a chance to put up over the weekend... but first, I can't really ignore this story anymore. 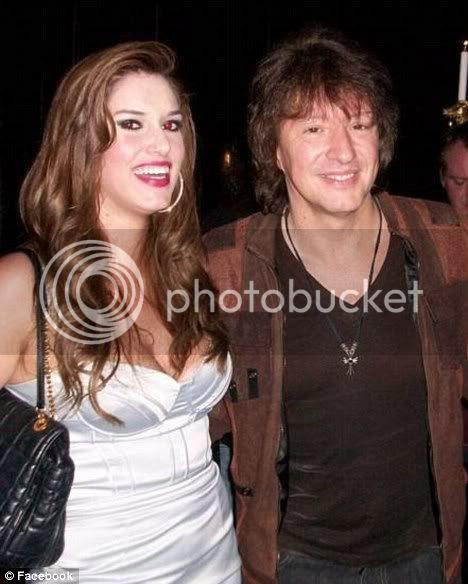 Richie is apparently dating a UK-based Brazilian model/actress named Yasmin Mitri. And after an apparent News of the World sting, various news and gossip sites have been pushing headlines like "Bon Jovi guitarist's girlfriend is a high-class drug-dealing prostitute" or words to that effect. I've pulled Yasmin's alleged quotes which have appeared all over the web...

‘If you order some now, it'll be twenty minutes.’


She said: ‘My boyfriend is a famous musician. Do you know Bon Jovi band? Richie Sambora?

‘I've been with him for over a year and a half. He lives in LA but we speak to each other all the time and he sends me presents.’

On how she met Richie:


‘Richie came up and asked me the time. It was a silly chat-up line and I had no idea who he was. I'd never heard any of his music.

‘He looked hot though and came and sat next to me and we got on really well.

‘I went back to his room with my friend. He asked me to stay the night with him but I refused.'

However, Sambora asked a a member of his entourage to get her number and rang to ask for a date.

We met up and he introduced me to Jon Bon Jovi and all the band.

‘Back in his hotel room, Richie and I drank four bottles of champagne and I had sex with him.

‘It was great and he was a good lover. He started calling and texting me all the time and our relationship became really close.'

News of the World is a tabloid and every other news outlet is simply quoting that original article so I'm not really sure what to make of this. And at any rate, they are both consenting adults so who are we to judge?

In other news, Jon's had surgery on his knee:


Jon's knee surgery went great. All is well - it'll take a lot more than that to slow him down. Next stop Istanbul! -Matt Bongiovi