In further Aftermath of the Lowdown promo news, Richie Sambora performed Every Road Leads Home to You on Live! with Kelly and Michael on September 21, 2012:

He also had a web exclusive chat with Kelly Ripa and Michael Strahan about the personal turmoil that led to Aftermath, life as a musician and being on tour:


"We have a new record that's gonna come out next year, in January, and we're gonna tour all next year."

Although he did amend that to "Januaryish" and state that it wasn't set in stone. ;)

David will be joining classical pianist Elaine Kwon at Carnegie Hall on October 23, 2012 for a concert to raise funds for Best Buddies:


For more info about the event, visit the Best Buddies New York website.
Posted by Lee-Ann at 7:45 PM 2 comments:

Aftermath of the Lowdown promo rolls on

Richie Sambora's album Aftermath of the Lowdown was released digitally on September 18, with the physical album to be available from this week. He has been doing some cool promotional performances, including this (electric for the first time) performance of Every Road Leads Home to You on Good Morning America.


Hath is pretty much on top of Richie's other promo appearances, and I have to acknowledge that a chunk of my traffic comes from her, so I'll just link to her blog where you can find some audio or video:

Richie also did a Q&A with the Hollywood Reporter. Here's a snippet:


THR: Is there a marketing plan in place?

Sambora: Some of the people at Dangerbird play the record for journalists or radio people and don’t tell them who it is. It’s really cool. People are going to have a preconceived notion of what this record is supposed to be. I think it’s a great exercise because it lets people visit the music fresh, and after three songs they go: "Who the hell is that? Richie Sambora. Get the f--- out of here.” I love that people are so surprised.

THR: How was it different writing for your record than a Bon Jovi record?

Sambora: When I write songs with Jon, it’s an awesome experience, but basically there is a lot of commonality in our relationship. We grew up five miles away from each other, a couple years apart, in the same social bracket, but our styles are very different. When I write for the band, he is the megaphone for that band. So I write words that he is going to be able to sing, and I look at that as very important. With my solo stuff, I’m the guy with the mic. I’m the megaphone. … In the band, we all sit down and talk about things. Jon is the leader of this band, and I have had a lot to do with everything. I have been a guy that has co-written 90 percent of the hits, as well as many songs on every record. I also co-produced a lot of the records with Jon. We were essentially the songwriting team that moved that team forward, and on the business level, I have been his right-hand man. We were label presidents on our own label on Atlantic Records and produced Skid Row out of that, so Jon and I had done a lot of work in this organization for a lot of years, and that’s the way it’s rolling. Jon’s the leader, and there are no bones about that -- and no hard feelings. Everyone has a specific role in the caste system of what this band is, and that’s why it has lasted for 30 years.

And finally, my friend and fellow Bon Jovi fan Adam reviewed Aftermath of the Lowdown for media-feed.com. Check it out and if you wish, leave your feedback on their Facebook page.

Email ThisBlogThis!Share to TwitterShare to FacebookShare to Pinterest
Labels: aftermath of the lowdown, every road leads home to you, interview, promo, review, richie sambora

Jon Bon Jovi talks about homelessness, philanthropy and the Soul Foundation in this interview with Steve Forbes for Forbes Media.

Check out this 30 minute video from the Forbes 400 Summit ("Leveraging Fame as a Force for Good") below.

Bon Jovi have finished playing at the iHeartRadio Festival after being shafted -- I mean, shifted :P -- to the Friday instead of Saturday.

There are some pictures and a mini recap of Bon Jovi's set on the iHeartRadio website.

And here's an interview from before the show:


I missed the broadcast but from what I've read, Jon was very sick and/or sounded even worse than he did on the Tokyo 2008 WOWOW broadcast. However, I'd love to hear comments from anyone who either watched/listened to the stream, or was there live... What did you think of the show?

ADDENDUM: Hath now has audio and video links on her blog so you can judge for yourself if you missed it. Hmmm...
Posted by Lee-Ann at 2:24 PM 2 comments:

Ahead of the digital release of his new solo album Aftermath of the Lowdown, Richie Sambora did a promotional gig in Philadelphia on September 14, 2012 which was broadcast on WXPN and NPR.

You can listen to it here.

It's also on YouTube if that media player isn't working for you.

ADDENDUM: Hath has posted some videos from this performance on her blog... Check them out.
Posted by Lee-Ann at 12:52 PM No comments:

Email ThisBlogThis!Share to TwitterShare to FacebookShare to Pinterest
Labels: aftermath of the lowdown, every road leads home to you, promo, richie sambora, stranger in this town, sugar daddy, taking a chance on the wind, weathering the storm, you can only get so high

Richie Sambora talks about making his solo album and breaking free of the Bon Jovi box and other preconceived notions about who he is.

He looks and sounds... revitalised. Hope that bodes well for the future.
Posted by Lee-Ann at 11:29 AM No comments:

The first US dates of Richie Sambora's Aftermath of the Lowdown tour have been announced:

The Philadelphia show will be at Electric Factory on October 18, while Best Buy Theatre will be graced with Richie's music in New York City on October 23.

Other gigs in Amsterdam, Munich, Berlin, and London were announced earlier.

Every Road Leads Home to You (Instagram lyric video)

Back in July, the call went out to Richie Sambora fans to submit Instagram photos for a lyric video of Every Road Leads Home to You.

Was your pic included?

And in case you missed it earlier, the official music video for Every Road has also been released.

Email ThisBlogThis!Share to TwitterShare to FacebookShare to Pinterest
Labels: aftermath of the lowdown, every road leads home to you, instagram, richie sambora

Garry Lyon in a Blaze of Glory

I believe it was in the name of charity though, so I guess I can contend with the bleeding ears. :P
Posted by Lee-Ann at 6:06 PM No comments:

Richie Sambora's hard-won road to Aftermath of the Lowdown

This feature on Richie Sambora was published by the Los Angeles Times recently. Richie talked about the lowest point of his life and opening up on his new solo record:


"When I fell off that cliff, I realized who I was, unrelated to the band," Sambora said while on a sofa in the Palihouse lounge in West Hollywood. "I'd started to clean up five years ago, but I slipped, and made those amends. I'm lucky I wasn't a guy who lost his family or relationships."

The article also discusses the unlikely marriage between the guitarist of a super commercial band like Bon Jovi and an indie label like Dangerbird Records:


"Phil told me about his friend Richie who had a fantastic record, and that he hoped we'd have some common ground," Castelaz said. "But growing up, I was a janitor and swept garbage at an arena where Bon Jovi played. They were a rock 'n' roll hit machine, and my generation railed against those guys."

But slowly, the recordings started to win him over. And though much of Dangerbird's cool-kid audience will run screaming for the fire exits at the thought of buying an album from a Bon Jovi side project, it's easy to hear what turned Castelaz into a believer. "Burn that Candle Down" kicks off with a psychedelic fuzz barrage that the Black Keys would be happy to call their own. If the piano-plaintive yearn of "Every Road Leads Home to You" got misfiled under Coldplay or Arcade Fire, radio programmers would salivate to play it.

"This is nothing like Bon Jovi," Castelaz said. "They make quality rock music, but this is vulnerable and real about his travails. When he first played 'Every Road Leads Home to You,' it blew my … mind."

Read the full article at the LA Times.
Posted by Lee-Ann at 11:46 AM No comments:

Richie Sambora's new music video for Every Road Leads Home to You is now streaming online thanks to The Sun.

I didn't blog about Richie's change of hair colour when he tweeted about it and sections of the online Bon Jovi commmunity went into meltdown, but you can see Blond Richie now in all his desert-swept glory. Do you like the video?


In related news, you can now also pre-order the new album, Aftermath of the Lowdown in various packages from Richie's website. 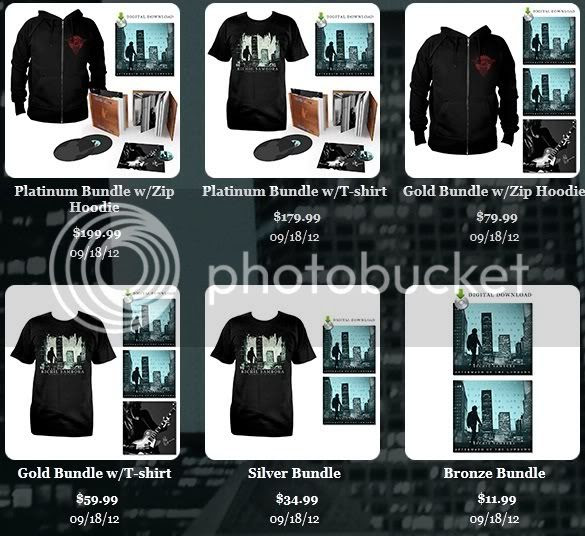 Here's the email that landed in my inbox via BonJovi.com:


Hey everyone,
Richie Sambora's new solo album "Aftermath of the Lowdown" is going to be released digitally on September 18th, with the CD version arriving in stores one week later on September 25th.

Preorder the exclusive "Aftermath of the Lowdown" deluxe package from RichieSambora.com, and choose either a Richie Sambora hoodie or t-shirt to complete your bundled order. Select your preferred bundle ranging from the $200 limited edition box & hoodie, all the way down to a simple $11.99 CD & digital album download.

All packages will receive an early download of "Aftermath of the Lowdown" on September 18th, and physical products will ship to arrive as close as possible to the album's release date of September 25th.

In other news Richie is beginning to announce European tour dates in support of the new album! Keep an eye on Richie's Facebook and Twitter for U.S. tour dates to be announced soon!