LIVIN' ON A PRAYER (acoustic)


BILLY GET YOUR GUNS

I have no idea if Jon's ever read anything I've written anywhere on the web, but if by chance he's come across a healthy sample of it, he might have realised that I'm not always particularly complimentary of my favourite band's front man. For the fan club gig, I thought he might throw out a few crumbs to appease some of the rumblings that emerged after the ticket prices and sales arrangements were announced. And by crumbs, I was thinking one of two solo tracks at best. I sure as hell did not expect a set like this. Thanks Jon. You've brought a smile to many a Joviac and it's very much appreciated.
Posted by Lee-Ann at 6:31 PM No comments:

Videos from the February 23 Backstage gig at Starland Ballroom in Sayreville, New Jersey. Featuring Jon Bon Jovi, Everett Bradley, and the Asbury Jukes minus Southside Johnny. (Have I missed anyone?)

The full set can be found here. It may not have been Bon Jovi the band, but to experience these songs must have been an incredible treat for those in attendance. And Jon seems very relaxed.


THIS TIME IT'S FOR REAL (Southside Johnny cover)


JANIE DON'T YOU TAKE YOUR LOVE TO TOWN


EVERY WORD WAS A PIECE OF MY HEART


I don't normally embed so many videos in one post but this is, in all likelihood, a once in a lifetime kind of show. I'm still pinching myself.
Posted by Lee-Ann at 5:34 PM 1 comment:

Email ThisBlogThis!Share to TwitterShare to FacebookShare to Pinterest
Labels: backstage jbj, bang a drum, don't leave me tonight, every word was a piece of my heart, garageland, head over heels, i get a rush, janie don't take your love to town, jon bon jovi, midnight in chelsea

Back in December, I blogged about the disgustingly overpriced Backstage with Jon Bon Jovi fan club show. This show took place overnight (my time) at New Jersey's Starland Ballroom (Monday, February 23, 2009). Now, I still think the tickets were too expensive and the sales poorly handled, but given what "Jon Bon Jovi & Friends" delivered, it may have been just about worth it for those who were there. ;)

There may be some minor errors (Please correct me if there are) but the set list was:

JBJ & Friends - Sayreville, USA - Starland Ballroom (23/2/09)
So You Want to Be a Rock and Roll Star (The Byrds cover)
This Time It's For Real (Southside Johnny cover)
Runaway
I Get a Rush
Garageland
Lost Highway
Don't Leave Me Tonight (from the Power Station Years!)
Head Over Heels (Power Station)
Midnight in Chelsea
Janie Don't You Take Your Love to Town
Every Word Was a Piece of My Heart
Broke Down Piece of Man (Southside Johnny)
All I Want Is Everything (Southside Johnny)
Lonely (Lost Highway bonus track)
Bang a Drum
Never Say Die
Billy Get Your Guns
Someday I'll Be Saturday Night
Wanted Dead or Alive
I Love This Town
Just Older
Livin' on a Prayer
Who Says You Can't Go Home

Two box set tracks, three each from Blaze of Glory and Destination Anywhere, and a B-side? Has Jon swapped cigarettes for something a little more potent?! :P God, who cares. I'll post videos soon!
Posted by Lee-Ann at 5:14 PM No comments:

Bearing in mind that this is from a tabloid mag, if it's to be believed, not only is Jon Bon Jovi losing his hair...

He said: "Oh, let me tell you, I am so worried. I look at guys like Sting and think, 'Well, he's cool about losing his hair,' but I'm already losing a bit and I'm so aware of it.

"Someone told me that you have to regularly massage your scalp so I do that all the time. You look like a jerk but it's got to be worth a shot."

...he's also sacrificing chooks to save his voice.

His singing coach recently revealed she kills chickens to cure the 'Livin' on a Prayer' star's vocal problems.

Katie Agresta - who has worked with Steven Tyler, Cyndi Lauper and Lenny Kravitz - is known for her 'Voodoo Voice' techniques which she uses to combat musician's ailments.

So now you know... Every time Jon hits a note, another fowl bites the dust... LOLWTF?
Posted by Lee-Ann at 2:31 PM No comments:

Thanks to Hath for the heads-up. :)

Watch Front Row: Memphis on the Seattle Channel. Memphis is one of three musicals that David Bryan and Joe DiPietro have teamed up on. This program, which discusses the musical, goes for about an hour but is well worth it IMO. From a Bon Jovi perspective, it includes interview and performances featuring Dave.
http://www.seattlechannel.org/videos/video.asp?ID=6010901

Being in Australia, I've never seen Memphis but it looks like something that would be right up my alley if I ever got the chance.
Posted by Lee-Ann at 3:33 PM No comments:

To coincide with Valentine's Day, here's a Bon Jovi cover of Richard Rodgers and Lorenz Hart's "My Funny Valentine" from the Today Show in 2003. :)

The poll is now closed and results are as follows.

This is only 39 votes and out of millions of Bon Jovi fans worldwide, so it's a very small sample, but the results came as a bit of a surprise personally. I knew New Jersey and These Days were fan favourites but I didn't think it would be quite so lop-sided. I thought Slippery might have received a few more votes, for example.
Lost Highway was a divisive album among fans but technically got the equal third number of votes.

Thanks to everyone for voting and of course for reading the blog. :)
Posted by Lee-Ann at 3:50 PM 1 comment:

Email ThisBlogThis!Share to TwitterShare to FacebookShare to Pinterest
Labels: poll

Something to Believe In

My previous post was for David Bryan's birthday on February 7, but unfortunately that date will now be a permanent scar in Australian history due to the horrific Victorian bushfires. As I write this, the official death toll stands at 181 but is expected to climb. Hundreds have been admitted to hospital. More than 1000 homes have been destroyed. Entire towns have been wiped out. Worse still, some of the fires were deliberately lit. But the ongoing bushfire disaster has also brought out the best in the community, with people keen to do their bit to help by donating time, money, and much needed supplies.

I've been thinking of the right Bon Jovi song to play. The obvious one, I guess, would be "Undivided" but I was in the mood for something acoustic. I've gone with this performance of one of my favourite songs, "Something to Believe In". I think it's live from Minneapolis circa 2003 (please correct me if I'm wrong).

Donations can be made to the Red Cross Bushfire Appeal.
Posted by Lee-Ann at 3:01 PM No comments:

Email ThisBlogThis!Share to TwitterShare to FacebookShare to Pinterest
Labels: something to believe in, victorian bushfires

And celebrating his 47th birthday today, on the keys if you please, Mr David Bryan!

Here's a picture of him with Chris Jahnke and Joe DiPietro on the set of Memphis.

Will Richie Sambora ever release his solo album?

With the band working on the next Bon Jovi album, Richie fans might be wondering if that third solo album will ever be released. After all, Richie's been talking about a follow-up to Stranger In This Town and Undiscovered Soul since about 2000, and seemed to be working on it post-Lost Highway tour until Jon came calling. I'm starting to get excited about a new Bon Jovi album (and tour?) but I love the solo work that was done in the 90s and would love to see where the guys are at individually these days.

Now if destiny should ever grant me the opportunity to wax lyrical with Richie Sambora, and he should ask for input into his album, I'll be able to give him the perfect title: 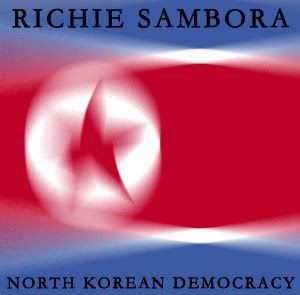 Okay, I admit the only reason for this post was to show off that picture. But if you're not so keen on my sense of humour (or if you don't get the joke), here are a couple of great Soundstage videos of our Richie with legendary blues man B.B. King.


THE THRILL IS GONE

Been looking at some vintage footage on Youtube and thought I'd share these. A couple of interviews with Jon Bon Jovi and Richie Sambora on the now-defunct Australian music show Countdown Revolution. Filmed in promotion of the New Jersey tour, there's no hint of the tension that threatened to break up the band between the late 80s and early 90s, at least nothing that I noticed.