Thanks to Hath for the heads-up. :)

Watch Front Row: Memphis on the Seattle Channel. Memphis is one of three musicals that David Bryan and Joe DiPietro have teamed up on. This program, which discusses the musical, goes for about an hour but is well worth it IMO. From a Bon Jovi perspective, it includes interview and performances featuring Dave.
http://www.seattlechannel.org/videos/video.asp?ID=6010901 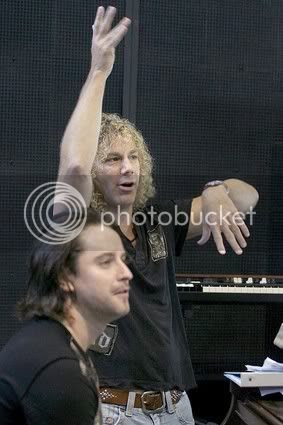 Being in Australia, I've never seen Memphis but it looks like something that would be right up my alley if I ever got the chance.
Posted by Lee-Ann at 3:33 PM