Way before Phil X was in Bon Jovi, he was making music as the lead singer and guitarist of Phil X & The Drills. And he still is. 🙂 They recently released a new EP, Stupid Good Lookings, Vol. 1. 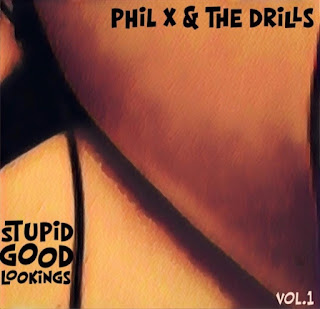 You can get Stupid Good Lookings, Vol. 1 on iTunes, Amazon, or Google Play. CD and vinyl versions are set to be available soon.

You can also stream it on Spotify:

What do you think of the new EP? Obviously it's different to anything Phil is likely to do with Bon Jovi, but we've always known that. 😉 I'm enjoying it at the moment.

New Phil X & The Drills single Something to Say

Every now and then, Jon Bon Jovi comes out of the social media woodwork. This time it was to plug the new single from Phil X & The Drills, "Something to Say".

During Bon Jovi rehearsals, Jon (with Phil by his side, John Shanks videobombing, and Everett Bradley in the background) posted a video on Instagram:

Here's the video for "Something to Say":