Jon Bon Jovi has recorded commentaries outlining the meanings or backgrounds behind the songs on This House Is Not For Sale. The commentaries only cover the songs on the standard version of the album though, not the bonus tracks.

Anyway, you can find the track commentaries on Bon Jovi's YouTube channel.

You can also watch them in this playlist below:

Email ThisBlogThis!Share to TwitterShare to FacebookShare to Pinterest
Labels: this house is not for sale

Scars on this Guitar music video + #THINFS on Spotify

"Scars on this Guitar" is one of my favourite songs from Bon Jovi's This House Is Not For Sale album, and the music video for it has just been released on TIDAL. It features a lot of shots of Jon alone with a guitar, interspersed with concert/tour footage. Phil X is included in those shots, but so is our old mate Richie Sambora.

Watch "Scars on this Guitar" on TIDAL:

Also, after a three-week delay, This House Is Not For Sale can now be streamed on Spotify.

Email ThisBlogThis!Share to TwitterShare to FacebookShare to Pinterest
Labels: scars on this guitar, this house is not for sale

Leonard Cohen died this week at the age of 82. Jon Bon Jovi, like many other artists, was a great admirer of Leonard's work. In honour of a legend, here's one of my idols paying tribute to one of his.

Bon Jovi performed "Hallelujah" quite frequently on the Lost Highway and Circle tours. It appeared on the Live at Madison Square Garden DVD:

JBJ has also covered "I'm Your Man" (not to be confused with the song on Burning Bridges) with the Kings of Suburbia: 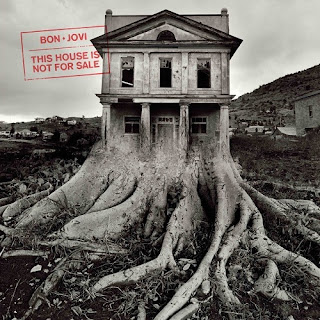 Come On Up to Our House music video #THINFS

"Come On Up To Our House" is the latest Bon Jovi music video (after "Knockout" and "Labor of Love") to be released as a TIDAL exclusive. John Shanks appears alongside the rest of the band in this video.

Watch "Come On Up To Our House" on TIDAL.

Email ThisBlogThis!Share to TwitterShare to FacebookShare to Pinterest
Labels: come on up to our house, this house is not for sale
Newer Posts Older Posts Home
Subscribe to: Posts (Atom)