Bon Jovi releases album version of Do What You Can 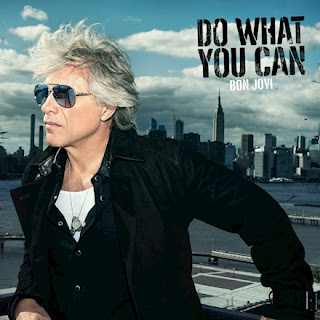 We've previously only heard Jon Bon Jovi's coronavirus anthem, "Do What You Can", in solo acoustic mode. In case you need a refresher, here's the version Jon performed at Jersey 4 Jersey in April:

But now the electric "band version" that's going on the Bon Jovi 2020 album has just dropped.


It's a kind of rollicking country-tinged arrangement, and more lyrics have been added since April. At the moment I prefer the acoustic version, but that could change. "Do What You Can" is still my favourite of the songs we've heard from 2020 so far. The radio edit of "Do What You Can" is now available for streaming and download.

What do you think of the new version(s)?

Another thing... There are now inexplicably two versions of the album listed on iTunes for pre-order, with different track lists.

One is entitled Bon Jovi 2020, and this is the original album that was supposed to come out in May (the expected date listed for this one is now 31 December 2020). The track list is as follows:


The newer version is just called 2020, and this has the release date as 2 October 2020, which is in line with what we've been told. The track list for this version is:


So basically they've taken two tracks off ("Luv Can" and "Shine") and replaced them with "Do What You Can" and "American Reckoning" to keep it to a 10-track album? And if you pre-ordered the original version, you now have to pre-order again for the new version? I hope the latter is a bug that gets sorted out soon.

Email ThisBlogThis!Share to TwitterShare to FacebookShare to Pinterest
Labels: bon jovi 2020, do what you can

The lyrics are not at all subtle, making specific reference to the death of George Floyd, which sparked a new wave of Black Lives Matter protests in the US and around the world.

The harmonica solo was unexpected and cool, although it helps draw inevitable comparisons with fellow New Jersey native Bruce Springsteen. And once again, this sounds more like a Jon Bon Jovi solo track than a band song. 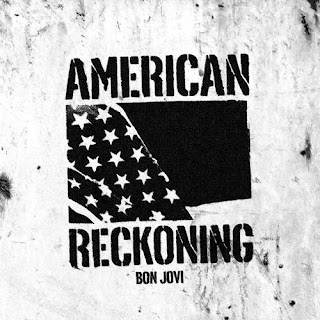 Speaking of Bruce, one of my favourite Springsteen songs is "American Skin (41 Shots)", which was also inspired by the death of a black man (Amadou Diallo in 1999) at the hands of police. I think "American Skin" is a better song than "American Reckoning" but I don't dislike "American Reckoning". Besides, if you're going to release an album called 2020, you might as well sing about stuff that's happening in 2020.

I know it often polarises fans when a musician "gets political", especially if they disagree with the views expressed or they see music as a way of escaping the harsh realities of the world. Jon's views have not been a secret though, and they've come through in his music before, albeit not as overtly as this.


Here's what Jon had to say about the song on Bon Jovi's website:

“I was moved to write American Reckoning as a witness to history,” said Jon Bon Jovi, “I believe the greatest gift of an artist is the ability to use their voice to speak to issues that move us.”

Now, Jon could be completely apolitical if he wanted to be -- he'd probably make a lot of people happier if he stayed away from these issues. And he's in a privileged position where politics aren't likely to have a significant impact on him personally. But for some people, what we call "politics" could literally be a matter of life and death. Or as Jon puts it:

"American Reckoning" will be added to the upcoming Bon Jovi 2020 album, which is now slated for release in October (although my iTunes pre-order says 'Expected 31 December 2020'. What?).

"American Reckoning" is available for download now. Net proceeds will be donated to Bryan Stevenson’s Equal Justice Initiative, which provides legal representation to people who have been wrongly convicted, unfairly sentenced or abused in prison.

What are your thoughts on the song?