The Runaway to Paradise with Jon Bon Jovi: Mediterranean cruise is currently taking place but some big news has already emerged from it. Jon revealed the new album, slated for release early next year, will be called Bon Jovi: 2020. 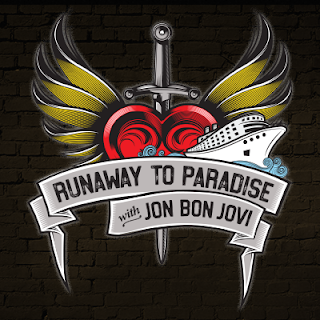 Here's what Jon had to say about Bon Jovi: 2020, as reported by Variety:


“It’s an election year, so why not?” said the New Jersey rocker. “I couldn’t do any worse.”

The other reason for the title, he explained, was that he has a “clear vision” following the release of the band’s previous album. 2016’s “This House is Not For Sale.”

“‘This House is Not For Sale’ dealt with personal matters, and now it’s behind us,” he said during an acoustic set. “Now I have clear vision moving forward.”

Bon Jovi added that the album will feature more “socially conscious” themes, including songs about veterans with post-traumatic stress disorder and the recent shootings in Ohio and Texas.


Okay, sure, but are they going to tour it? Will they name they tour after the album? If the tour stretches across three years like the This House Is Not For Sale Tour, will we get the 2020 Tour in 2021 or 2022? Is the Bon Jovi store going to be flooded with JBJ for President merchandise?

In all seriousness though, I don't care too much what they call the album. I care about its contents, not the title. And I really hope it's a record I dig. But time will tell.