Bon Jovi augmented reality: Because We Can

Augmented reality has arrived in Jovi Land in the form of a Because We Can heart and dagger animation and sneak peak of the new music video. 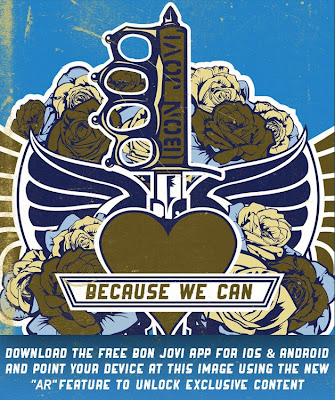 Email ThisBlogThis!Share to TwitterShare to FacebookShare to Pinterest
Labels: augmented reality, because we can, bon jovi app