So the album cover for The Circle has been revealed on BonJovi.com and you can check it out at this link. It looks pretty cool; four guys walking side by side, bringing light into a dark sewerage pipe... Nah seriously, I think it looks great. However, I took the liberty of making a couple of improvements. :P 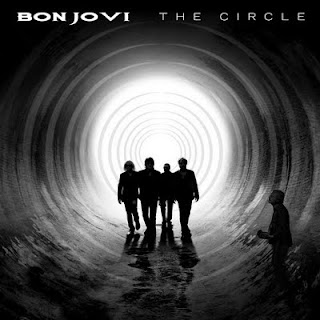 In The Circle Version 2.0, Hugh is preparing to enter "the circle", and the old Bon Jovi font has been resurrected. Now even if you don't get as worked up as I do about Huey not being official, you can't possibly tell me that font is anything less than awesome! ;)
Posted by Lee-Ann at 9:15 PM

Email ThisBlogThis!Share to TwitterShare to FacebookShare to Pinterest
Labels: hugh mcdonald, the circle, the circle version 2.0