When We Were Beautiful premiering on Showtime 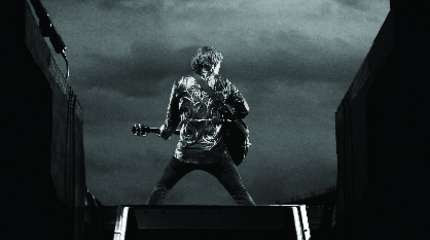 Media release as seen on the new-look BonJovi.com:

THERE’S NO HIDING IN THE SPOTLIGHT; SHOWTIME® TO PREMIERE BON JOVI: WHEN WE WERE BEAUTIFUL
September 24, 2009

LOS ANGELES, CA – (September xx, 2009) – Bon Jovi has built one of the biggest success stories in rock music history – now that story will be told by the band themselves. The documentary, WHEN WE WERE BEAUTIFUL, premiering Saturday October 24th at 9 PM ET/PT on SHOWTIME offers an intimate glimpse at these globally celebrated icons who remain, at their core, a band of brothers from New Jersey.

Directed by filmmaker and photographer Phil Griffin and produced by Academy Award®-and Emmy-winning producers @radical.media, the documentary was filmed on the road and behind the scenes with the band during their 2008 Lost Highway World Tour, which famously came to a close with a historic concert in New York City’s Central Park. At the height of their success—with another number one album and the number one grossing tour of 2008 in Billboard magazine-- Bon Jovi: When We Were Beautiful reveals the secrets behind this legendary band’s determined and charismatic leader Jon Bon Jovi, and band members Richie Sambora, David Bryan, and Tico Torres.

Threading intimate band-member interviews with scenes of life on the road, WHEN WE WERE BEAUTIFUL vividly portrays how the band made it through the rough patches, how they reach consensus on their priorities, and how Jon leads them with strength and compassion. Avid Bon Jovi fans will find plenty of new reasons to be so devoted, but anyone can revel in this exploration of the work that goes into the success and longevity of this band’s magnitude.

“Throughout the process of working with Bon Jovi, I was amazed at the candor and humility Jon and his band showed me,” said director Phil Griffin. “The result is not a neatly wrapped up bundle of staged interviews and musical interludes, but rather a series of open and sometimes difficult conversations, explored against a backdrop of music spanning 25 years. It is a film about the peace of Tico, the complexity of Richie, the drive of Jon and the brutal honesty of Dave. It is their willingness to share their stories that gives us what I hope is a very human story—that humanity is what I believe has seen this band stand the test of time.”

Bon Jovi has set the bar for more than two decades as one of the most successful rock bands in the world, and was 2008's top touring act in the world, coming in at No. 1 on Billboard's Top Tour chart. Globally, they have sold more than 120 million albums and performed more than 2,600 concerts in over 50 countries for more than 34 million fans. A new studio album, The Circle will be released on November 10th and the new single “We Weren’t Born to Follow” is climbing the radio charts at record speed.. In addition to the documentary, Harper Collins will release a 192-page companion book on Oct 27th also titled When We Were Beautiful.

Hopefully this gets released internationally. (And hopefully it's good!). Apparently Showtime Australia simply licenses the logo from the American Showtime and has no other relationship with them, so I don't know when, where, or how it would be released here. (And I could have heard incorrectly about the non-relationship because I know both networks screen Dexter, for instance.)
Posted by Lee-Ann at 12:54 PM

Email ThisBlogThis!Share to TwitterShare to FacebookShare to Pinterest
Labels: documentary, showtime, when we were beautiful