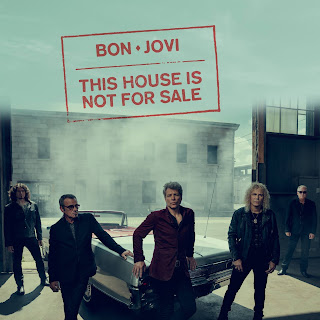 Bon Jovi just played the first of four TIDAL X shows, in which they'll be performing their upcoming album This House Is Not For Sale in its entirety. This October 1 show took place at Count Basie Theater in Red Bank, New Jersey.

The current lineup of Jon Bon Jovi, David Bryan, Tico Torres, Hugh McDonald*, and Phil X were joined by John Shanks on rhythm guitar and Everett Bradley on percussion. Most Bon Jovi fans know Shanks as the producer or co-producer of every album since Have a Nice Day; he also did most of the guitar work on Burning Bridges. Everett played on Jon's Destination Anywhere solo tour; a reasonable percentage of this blog's readers might also have seen him with Bruce Springsteen and the E Street Band on the Wrecking Ball or High Hopes tours.

Jennifer, a fan who was at the gig, streamed most of the TIDAL X: Bon Jovi show via Facebook Live. On first listen, I like "Roller Coaster", "The Devil's in the Temple", and "Scars on this Guitar". But I'll wait until we hear the studio versions of the tracks to make a proper judgment. I have a bad feeling that none of the good songs will be official singles, and all the terrible ones will be. (I still dislike "Knockout" and I can't see that changing anytime soon.) Prove me wrong, guys. :P

A few videos have also already surfaced on YouTube.

Living with the Ghost:

Come on up to Our House:


Based on what you've heard now, are you looking forward to the album?

*I'd like to mention that, sometime after my complaint that Bon Jovi's Facebook page now listed Phil as a member but not Huey... this happened: 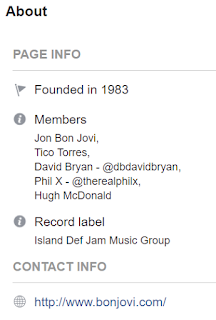 Email ThisBlogThis!Share to TwitterShare to FacebookShare to Pinterest
Labels: come on up to our house, everett bradley, hugh mcdonald, john shanks, living with the ghost, new year's day, phil x, this house is not for sale, tidal x: bon jovi