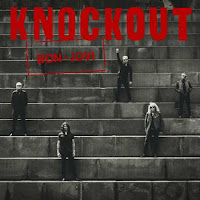 Bon Jovi are continuing their relationship with TIDAL by releasing one new exclusive video a week for the next ten weeks. The first one is "Knockout". Let's just say that I like the music video a lot better than the song. It's actually an interesting video, and I can't remember the last time I saw Hugh McDonald look so animated. :P

Unfortunately, you can only see the whole video if you have a paid subscription to TIDAL. Hopefully it will be released to YouTube at a later date.

UPDATE (22/10/16): "Knockout" has now been uploaded to YouTube (by an official source, as opposed to a fan ripping the video). Watch it below.

Email ThisBlogThis!Share to TwitterShare to FacebookShare to Pinterest
Labels: knockout, this house is not for sale

New comments are not allowed.