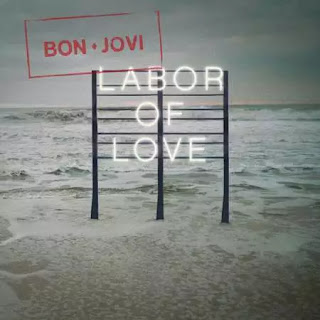 "Labor of Love" is the latest Bon Jovi music video to be released on TIDAL. I've seen fans comparing it to the video for "Living in Sin", but this one has a bit of a twist.

Watch "Labor of Love" on TIDAL (if you have a subscription).

If you don't have a TIDAL subscription, the video for "Knockout" was uploaded to Bon Jovi's VEVO channel on YouTube a couple of weeks after its initial release on TIDAL, so I imagine the same thing will happen with "Labor of Love".


Here's a fun fact: The young man in this video (he also appeared in "Knockout") is Levi Dylan -- son of Jakob and grandson of Bob.
Posted by Lee-Ann Khoh at 12:03 PM

Email ThisBlogThis!Share to TwitterShare to FacebookShare to Pinterest
Labels: labor of love, this house is not for sale