Jon Bon Jovi and Lea Michele both star in New Year's Eve, which is due for release in December. Director Garry Marshall has previously said that New Year's Eve will feature a duet between Jon and Lea, and the first pictures of said duet have now been released. 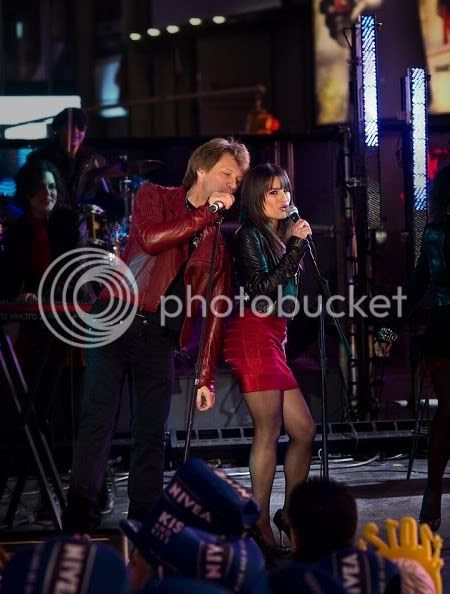 Meanwhile, the now-13-year-old daughter of Richie Sambora and Heather Locklear is making her acting debut. Ava Sambora will have a role in a new Judd Apatow comedy.
Posted by Lee-Ann at 11:18 PM