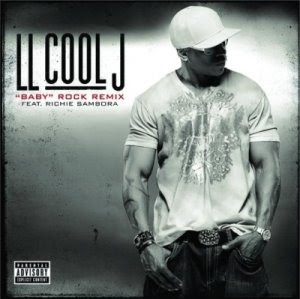 Richie Sambora appears on the rock remix of LL Cool J's song "Baby". You can listen to it here. And here's what LL had to say about it:

"We creatively put our heads together. I told him I wanted that talk box. Slippery When Wet by Bon Jovi's is one of my favorite albums. I thought the talk box on a couple of the songs was incredible, 'Livin' on a Prayer' especially. So, I got Richie to do it on the 'Baby' remix. It sounds crazy. Then he did some vocals, and he did some guitar solos ... so it's good. I'mma drop it out there, shoot it out there and give people a chance to feel it. We been talking about it, having some good conversations."

Richie + talkbox = awesome but the song is probably not going to be well-liked by many Bon Jovi fans. I'm not adverse to a bit of hip-hop personally (old school stuff is better though) so I'd rate this song as ok without being great. What do you think?
Posted by Lee-Ann at 2:42 PM