JBJ gets COVID, show gets canned

JBJ and the Kings of Suburbia each took a rapid antigen test for COVID before their concert and Jon's came back positive, resulting in the decision to cancel his gig at Loews South Beach. Jon had been at the Halloween costume party the night before, dressing up as Gomez Addams and posing for photos with fans, so that was some cause for concern too. But at least Jon is double-vaxxed and was reportedly feeling fine.

Here's the moment Matt Bongiovi came out and broke the news to the waiting crowd:

COVID previously touched the Bon Jovi camp last year, with David Bryan and Everett Bradley getting it fairly early on in the pandemic. Jon posted a short video on social media to mark Day 6 of his quarantine period, confirming he was feeling okay and urging people to take the virus seriously.

Runaway Tours has since confirmed that fans who went on the trip will get a full refund. 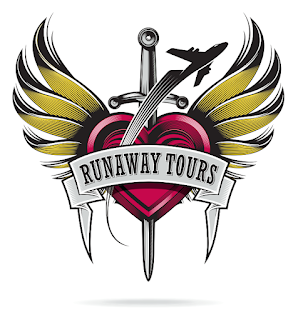 Anyway, I'm glad Jon seems to have had mild symptoms, and I hope everyone who was in attendance is fine too. COVID flipping sucks.

Not sure if/when things are going to get back to "normal" around the world, but when Bon Jovi the band were the surprise guests at a private event for trucking executives in October, I allowed myself to dream of an upcoming tour. It all feels an extremely long way off though. 😔

Oh, by the way... that book I talked about in an earlier post? Black and Blue is a contemporary coming-of-age story written by, um, me! The main character loves Bon Jovi and the book is out now.

Find Black and Blue at your preferred online retailer if you're so inclined. Thank you for indulging my shameless plug and goodnight. 😀