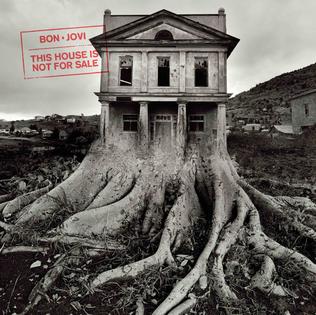 Bon Jovi's music video for "Walls" -- the second new track on the re-release of This House Is Not For Sale -- has dropped exclusively on Tidal. When Jon was on Facebook Live last year, he alluded to one of the new songs being shaped by the current political climate, and the "Walls" video reflects that. John Shanks and Everett Bradley, who were both in the video for "When We Were Us", are in this one as well. They've also appeared on tour merchandise but as far as I'm aware they're not considered "official" band members. On the other hand, Hugh McDonald was left out of a lot of videos and promotional materials until he was made official in 2016. So that's... interesting.

Anyway, if you've paid for a Tidal subscription (or you're still within the free trial period) you can watch "Walls" below or at this link:

If you're not a subscriber, you'll just get a preview, but when the whole video makes its way to YouTube in a couple of weeks' time, I'll add the link to this post.

Email ThisBlogThis!Share to TwitterShare to FacebookShare to Pinterest
Labels: everett bradley, hugh mcdonald, john shanks, this house is not for sale, walls