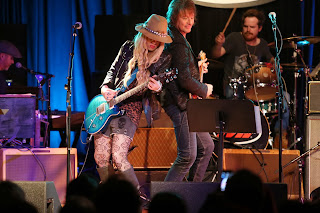 Richie Sambora, who will be performing at the Soundwave in Australia has added two additional shows in Sydney and Brisbane:


Tickets go on sale this Thursday, February 6 at 9am AEDT.

The Soundwave Festival dates are as follows (Tickets still available from the Soundwave website):