Richie Sambora played at Montage Deer Valley on January 19 during the Sundance Film Festival. Here are a couple of videos from the performance.

Taking A Chance On The Wind - Richie Sambora


Richie also joined alternative rock artists O.A.R. and Matisyahu on stage and met the US Olympic Ski Team before they head to the Sochi Winter Games. 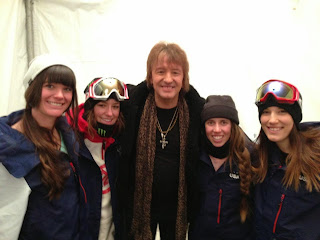 Email ThisBlogThis!Share to TwitterShare to FacebookShare to Pinterest
Labels: i'll be there for you, richie sambora, sundance film festival, taking a chance on the wind