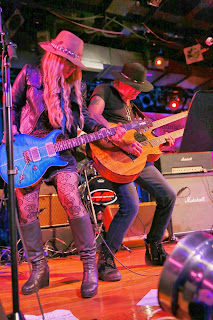 Richie Sambora has been officially added to Soundwave 2014 in Australia, joining a lineup that includes Green Day, Avenged Sevenfold, Stone Temple Pilots, and Alice in Chains. Aussie-born guitarist Orianthi, who recently played with Richie at benefit concerts for the Maui Food Bank and the Midnight Mission, will join him Down Under as part of his band.

Richie spoke to Music Feeds about coming down to Australia, singing Ori's praises and hinting that he might also do some sideshows in addition to the Soundwave dates. Listen to the podcast interview here.