Jon graces the cover of this week's Billboard. 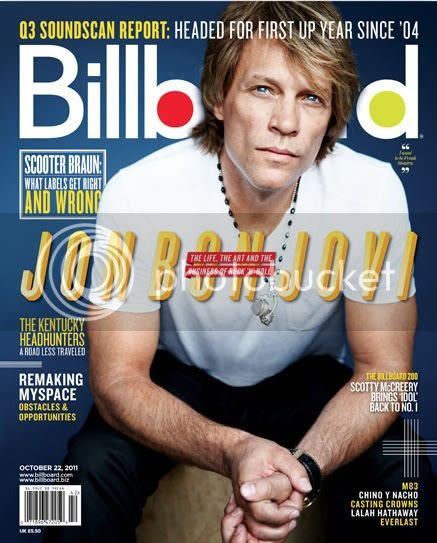 You can also check out the article on their website:


Driven by the intense work ethic, broad vision and rock'n'roll charisma of its frontman and namesake, Jon Bon Jovi, this band is still breaking new markets, finding new fans and remaining relevant while most of the rock groups that emerged in the '80s either have disbanded or are relegated to playing decades-old hits with little hope of charting new ones.

If Bon Jovi were a stock, it would be a blue-chipper-savvy investors would be bullish. And Jon Bon Jovi is CEO, the personification of that delicate intersection of art and commerce. He accepts that description, with a caveat. "The commerce is really just a by-product of the art," he says, calling from a hotel room in Los Angeles where he's decompressing from the latest mega-tour by writing and cutting tracks with multiple Grammy Award-winning songwriter/producer John Shanks for what will end up being the next Bon Jovi album.

Read the full article here.
Posted by Lee-Ann at 2:27 AM