Jon Bon Jovi was recently on hand to induct one of his idols -- Southside Johnny -- into the New Jersey Hall of Fame. Jon, who was himself inducted in 2009, made a nice speech, as did Southside:

Southside and Jon (and the Kings of Suburbia) also performed "I Don't Want to Go Home", from Southside Johnny and the Asbury Jukes' debut album of the same name: 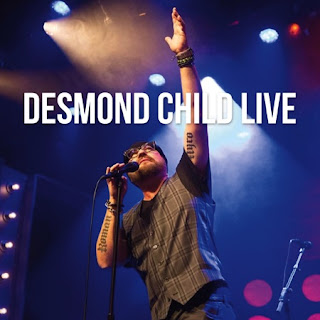 In other news, Desmond Child Live has officially been released. I first posted about Desmond's new live album when his version of "Livin' on a Prayer" came out, but now you can purchase or stream the whole album. Here's the track list: