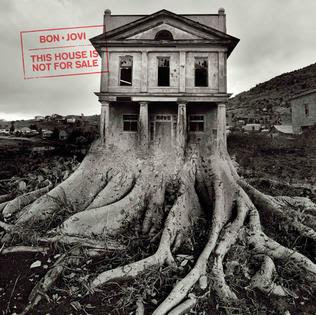 The re-release of Bon Jovi's This House Is Not For Sale album, featuring new tracks "When We Were Us" and "Walls" is out now. You can download or stream the album on iTunes, Spotify, Google Play, and more via this link. I was pleased to find that I could purchase the new songs individually without having to buy the whole album again.

I did, however, renew my Tidal subscription just so I could watch the new "When We Were Us" music video, which dropped exclusively on Tidal today. If you're a subscriber, you can watch it below.

When We Were Us


The video features shots of the current lineup interspersed with footage from previous tours (mostly Lost Highway and The Circle/Greatest Hits tours from what I can tell). When it's up on YouTube (probably in two or three weeks, if the previous THINFS videos were any indication), I'll update this post with the link.


Bon Jovi Perform 'When We Were Us'

Email ThisBlogThis!Share to TwitterShare to FacebookShare to Pinterest
Labels: stephen colbert, this house is not for sale, walls, when we were us