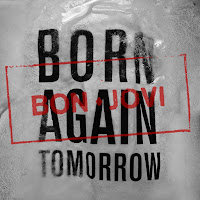 Bon Jovi's music video for "Born Again Tomorrow" has been released on TIDAL. Between shots of the band playing in front of a collage of photographs, we see someone's life cycle through their eyes. 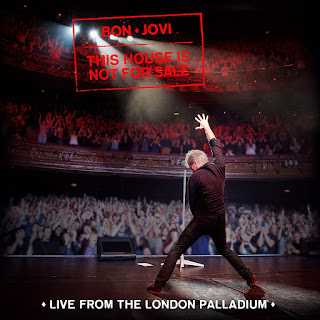 Bon Jovi's new live album, This House Is Not For Sale (Live from the London Palladium) also came out today. I just listened to it for the first time and really liked it. I love how Jon's voice doesn't seem to have been overdubbed into oblivion. They've also cut out the stories about the songs, but left a lot of the mistakes -- like the false start to "All Hail the King", and the flubbed lyrics -- which is an unexpected move, but one that makes the album feel more "live". (They did remove the false start to "Come On Up To Our House" though.)

Do you like the new album? Would you have preferred a DVD with all the stories included?

UPDATE 20/12/16: Looks like the Live in London bundle, which comes out in January, has Jon's stories/commentary included.

UPDATE 23/12/16: "Born Again Tomorrow" is now on the BonJoviVEVO channel. Watch it below or on YouTube.

Email ThisBlogThis!Share to TwitterShare to FacebookShare to Pinterest
Labels: born again tomorrow, live from the london palladium, this house is not for sale, tidal x: bon jovi