Has Bon Jovi made Phil and Hugh "official"?

The big news coming from the Bon Jovi camp in the last few days is confirmation that their new single "This House Is Not For Sale" will be released on August 12, along with the accompanying music video.

But take a look at what is presumably the single cover. 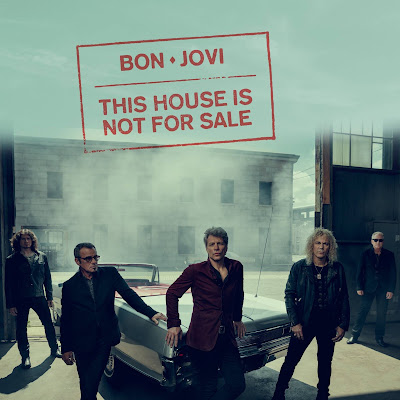 We see Tico Torres, Jon Bon Jovi, and David Bryan -- the three remaining founding members -- front and centre. But flanking them are Phil X and Hugh McDonald. I don't know if that means they are "official" members now, but it is nice to see them recognised. I will always have a special place in my heart for Richie Sambora but he made his decision. And it's always bugged me that Huey has played with Bon Jovi for longer than Alec John Such ever did, yet he still wasn't considered a proper member of the band.

Although, I did notice this on the About section of Bon Jovi's Facebook page... 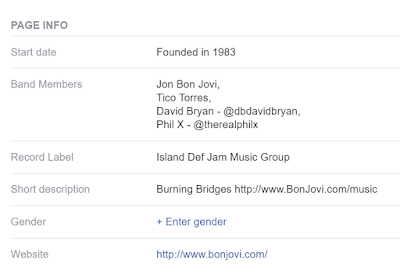 Does that mean Phil is official after a couple of tours, but Huey still isn't after more than two decades?! This makes me want to start a bass player rights movement or something. :P

Email ThisBlogThis!Share to TwitterShare to FacebookShare to Pinterest
Labels: hugh mcdonald, phil x, this house is not for sale