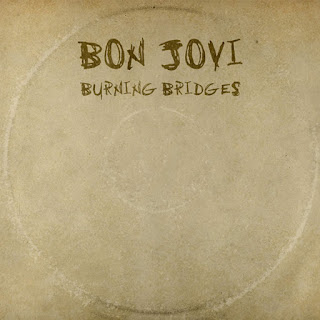 I told you Burning Bridges wasn't about Richie Sambora. :)

And today there's been confirmation that Bon Jovi has split with Mercury Records:


"It is the end of an era," says the singer just before taking the stage for a show with his sideband, Jon Bon Jovi & The Kings of Suburbia at Rogers Arena in Vancouver, Canada.

The news comes one day after the release of Bon Jovi's "fan album," Burning Bridges. The record, he explains, is a collection of songs that was meant to accompany the group's upcoming 12-show tour of Southeast Asia, but in reality, it was something more, he said.

"[It fulfills] a commitment to Mercury Records," he tells Billboard. "After 32 years, we have parted ways. That is the big news. If you listen to 'Burning Bridges,' the song, it is clearly spelled out."

Read the rest of the article on Billboard.

We don't know whether Bon Jovi's going with another label or if they're releasing the next album independently (although they did sign a new management deal with Irving Azoff earlier this year). But hopefully everyone can now calm down about the non-existent attack on Richie.