Some people have speculated that the upcoming Bon Jovi book might just be something along the lines of a "picture book" with captions. Paul, aka The Walrus came up with this in response:

"The way people keep calling it a "picture book" makes me think it'll be full of pictures like this: 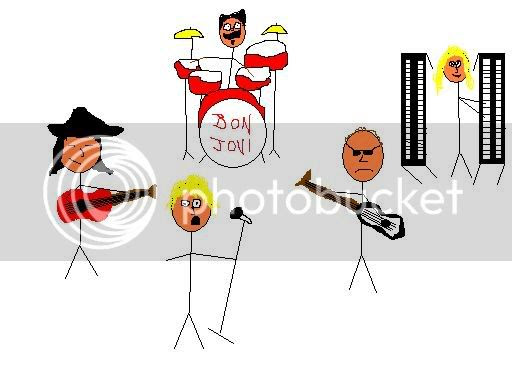 Now that should be the cover! ;) Maybe we're just weird at JoviTalk, but that cracked me up to no end. And considering it's a stick figure, the resemblance to the real Hugh is somewhat uncanny. Stick Hugh is also playing left-handed, demonstrating his talents through ambidexterity. :P
Posted by Lee-Ann at 12:55 PM

Email ThisBlogThis!Share to TwitterShare to FacebookShare to Pinterest
Labels: jovitalk